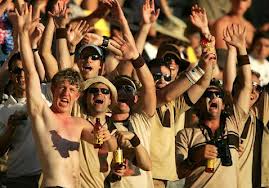 Is there anything better than watching ODI cricket live from the stands, cheering on our boys as they take on the Aussies in their own backyard? There's been some epic battles for the Chappell-Hadlee Trophy over the years and dates have now been confirmed for the 2021 Series.

There may be the chance of some more Trans-Tasman cricket battles in late 2020 too. With the uncertainty around the current Covid-19 travel restrictions into Australia, there is the possibility that Australia's planned home series against India in December may not go ahead. In which case, the Black Caps could be the perfect replacement. Who would say no to another Boxing Day Test encounter and the chance for some revenge?!

If you are interested in heading over the ditch to support our boys at one of these matches, just register your interest by filling in the form below and we'll be in touch when are packages are available.