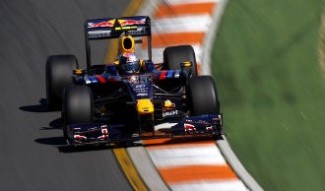 Nothing compares with the sights, sounds and atmosphere of Formula 1 racing. The drivers, the cars, the tracks, the rivalries, F1 has it all!

Melbourne's Albert Park track is a favourite on the F1 circuit and is a great place for spectators. In 2019, 324,000 people attended over the four days, so book with Boys Trip and join us in sports mad Melbourne City for every second of the action in 2022. Our packages are flexible around what suits you best, so grab pole position at Australia’s best motorsport festival, the Australian Grand Prix.

The 2022 Australian Grand Prix dates won't be confirmed until later this year when the 2022 F1 Calendar has been finalised, however, it's speculated that Melbourne will move to a slightly later date in the season next year, probably early April.

In the meantime you can register your interest in this trip by filling in the form below and we'll be in touch as soon as we have more information.